The visitor is greeted by the old man with a white beard passed down to posterity, “with a face similar to that of Victor Hugo”. The portrait by De Coninck of his wife Honorine de Viane, the chairs and clock from their sitting room, the china generously donated to the City of Nantes by Verne’s descendants, recreate “the room of a comfortably off man, who enjoyed leisure time but without ostentation”, where he received the journalists who had come from America, England, Italy, Germany or simply from France to talk with the already very “famous novelist”. However, his fame and respectability were not without suffering and personal tragedies.

2. At the sources of the dream

Asked about where his literary vocation began, Jules Verne spoke of his “very happy childhood”  spent in Nantes, ”among the maritime movement of a large trading city, the starting and finishing point for many ocean bound journeys”, in the bosom of a “”family as large as it was close” where “literature and the arts” were held “in great honour” .

He grew up with a father who was passionate about literature and fascinated by science, and with a mother whose imagination knew no bounds – he wrote at the age of twenty “the Allotte family imagination! There is not a Crampton locomotive, an electric spark that could rival her for speed!”, – the young man’s artistic dispositions flourished in an environment where dreams were encouraged: “from the age of twelve or fourteen, I always carried a pencil on me and from the time when I went to school, I didn’t stop writing, working especially on poetry”.

The harbour activity was in full view of the Verne family’s windows.  At Chantenay, he travelled in his mind from one Loire island to the next, and he did not miss any opportunity to visit the navy’s arsenals in Indret, fascinated by how the machines worked. All the component parts of the dream are in place. The roots of his future works are here in his first memories, passed on intact to the adult by a child who spent his time dreaming.

3. Always coming back to the sea

The first expression of this “long desire for the world” which Michel Butor has spoken of so well as characterizing Jules Verne’s works, the sea and sailing will remain this inaccessible and constantly pursued horizon, adventure’s intoxicating call that is stronger than reality itself, a dreamlike space, an ideal place for wonderful, imaginary worlds. If he had not been the happy owner of three boats in a row, finally buying the Saint-Michel III, “a charming steam yacht, thirty three metres long” for 55,000 gold francs in Nantes in 1877 because he fell in love with it, would Jules Verne have become the novelist of the seven seas, describing maritime journeys in over half of the “Extraordinary Voyages” and in four of them – Twenty thousand leagues under the sea, Captain Grant’s Children, Around the world in eighty days and The wonderful adventures of Captain Antifer –, making sea travel the main way of getting round the world? 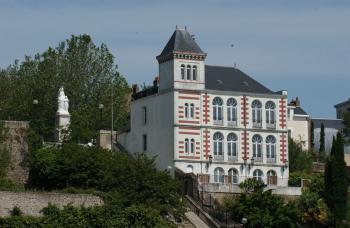 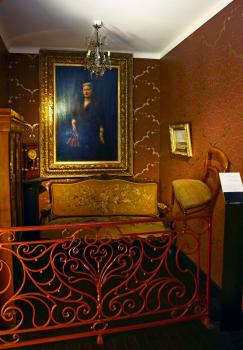 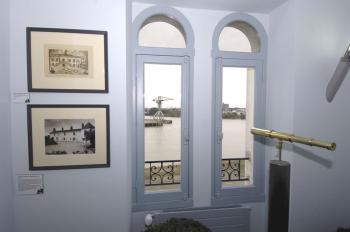 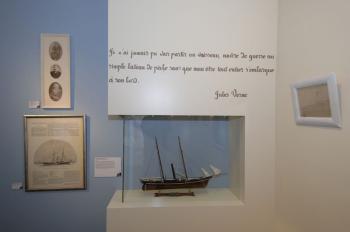 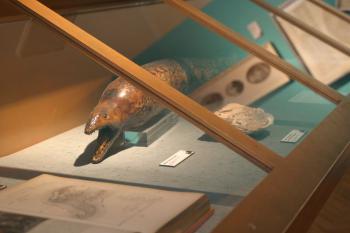